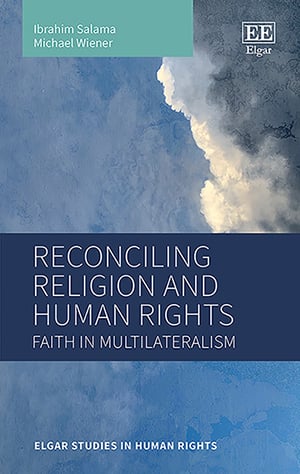 The roundtable will focus on the endeavor to reconcile religion and human rights, both in multilateral contexts and at the national level. This focus will be on the recently published book by Ibrahim Salama and Michael Wiener, analyzing the place of religion in multilateral practice, including lessons learned from the ‘Faith for Rights’ framework. Based on the jurisprudence of international human rights mechanisms, the book clarifies ambiguities of human rights law on religion. It also unpacks the potential positive role of non-State actors in the religious sphere, demonstrating that the relationship between religion and human rights is not a zero-sum game. Ultimately, the aim is to empower actors on both sides of the ideological fence between religion and human rights to deconstruct this artificial, politically instrumentalized dichotomy.